I was driving along this morning listening to some good old Richard Bandler stuff, and he said something that put me in a trance and left me thinking about that one phrase for the rest of the trip.

He said “I want you to stop and think about something that makes you feel bad/guilty/sad/angry, and now I want you to realize that once was enough.”

You see, far too many of us live our current lives with the feelings of the past. Logically, we know that’s silly, but far too many of us carry around regret, sadness, anger, resentment, frustration, and a whole ton of other negative emotions around with us all day long, and from stuff that happened days, weeks, even years ago.

Don’t live today with the feelings of yesterday.

So if you’ve felt bad about something, keep in mind that ONCE WAS ENOUGH. Let it go. You deserve the freedom. 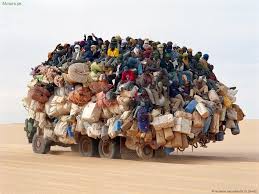 I think it’s time you let some of that go, put it down, and realize that once was enough.

Today, remember that you don’t need to live life in the past, live for today, live for the moment.