The bumps and bruises are worth the ride

There are many different approaches to “life”.

The other day we took the kids out to Onaping Falls for a little hike, and it really got me thinking about these different approaches.

At one point in our hike there was a hill.

Some kids took the safe path, the easy way down, and didn’t want to risk anything.

Some stood frozen, wanting to stay at the top and refusing to go down.

Some wanted to get picked up and carried down.

Some ran down and laughed the entire time, regardless of how out of control they may have felt.

And some, like mine, instantly laid down and wanted to roll down. 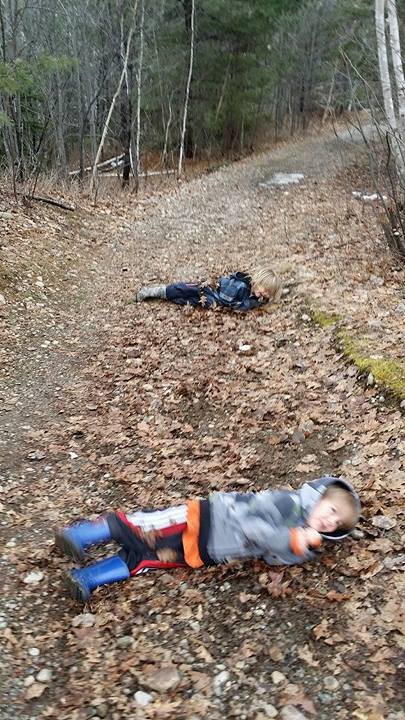 As adults, how many of you would have rolled down?

But who cares right, its just a little dirt hill, no big deal.

Let me ask you… How many of life’s opportunities are you saying “no” too?

Life has many ups and downs, challenges and obstacles, problems and opportunities.

You can choose to stay put and let life pass you down, or you can let go of your fear and LIVE.

A little further while on our our hike we found a crevice between two rocks that water had been running down and formed an ice slide. Without giving it any thought, Baron, my oldest son, sat down and slid down and laughed the entire time. Right behind him was Lincoln,my middle son.

Link’s leg hit the side and spun him around, bumping his head and giving him a cut which landed us in the emerg. A couple staples later, Link – always in great spirits and handling it like a champ – was back at home and happy as ever.

His biggest disappointment? Not being able to wrestle, roll and do flips until the staples are out. 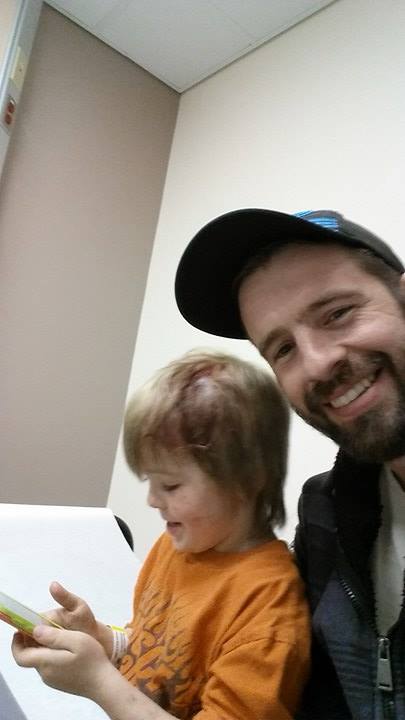 Now let me ask you something…

Do you think he’s worst off with a little cut on the head, a week’s worth of healing, and a cool story?

Or with the self-doubt and feeling of “I’m too scared to try” had he decided not to go down?

Don’t get me wrong, the kids are encouraged and supported whether they try something new or not, and they know that they are 100% in charge of their own lives and their own decisions.

And that’s where a lot of people get messed up…

Deciding not to do something is OKAY and doesn’t cause any “self-worth” problems.

Deciding not to do something that you wish you WOULD do but aren’t confident enough and know that’s why you’re not going to do it IS a problem.

THAT’S when it hits you in the self-esteem.  And had Lincoln decided not to slide down the hill because he was scared, and deep inside knowing he really wanted to go down but didn’t, would have had a greater negative impact on him than the cut ever will.

He knows he overcame any fear he had and DID IT ANYWAY. He came out a winner. He came out on top. Even with the cut, he’s proud he tried it and didn’t let his fear rule his life.

That cut is a proud badge, not a reminder of a mistake.

There are no guarantees in life. As the old saying goes, you ain’t coming out alive!

We try hard instilling courage and the desire to grasp opportunities into our children – and I think they understand that.

But what about you?

I know for me, the kids teach me more about life than I ever thought they would.

They remind me daily to live life, to let go of things that don’t matter, to jump in the puddle, to slide down the hill, and to love every moment of every day.

Life is not good or bad, it’s simply a series of opportunities that you can take, or let pass by.

“Don’t join an easy crowd; you won’t grow. Go where the expectations and the demands to perform are high.” – Jim Rohn

This quote reminds me of a story Tony Robbins tells of a time he was doing an interview with an America military leader. This leader was explaining that while the soldiers are enrolled, their standards are as high as they’ll ever be, and once they leave the military most of them will significantly lower those personal standards – and he asked Tony why that happens.

Tony answered with this “most people’s lives are a direct reflection of the expectations of their peer group.”

And that is EXACTLY why we have what I just coined the “Family Kickboxing Effect”.

When you walk into our studio, you leave everything at the door.

All that matters is that you are here now, and where you are GOING.

And the real “power” behind the “Family Kickboxing Effect” is the community of “backers” we’ve built. It’s not just the coaches that believe in you – and often when you don’t even believe in yourself – it’s the community of folks that are exactly where you are, or came from there and have crushed their goals, and are now miles ahead and understand your journey and support you every step of the way.

Rather than a global belief of “I’ll probably fail again”, you’re walking into a powerful room of “you’ve got this!” believers.

Unlike my kids rolling down the hill earlier, weight loss is more of an uphill challenge. And it can be incredibly fearful and yes, it’s far easier to remain at the bottom.

The very first step to taking charge of your life, to grabbing a hold of opportunity and going for it is to LET GO and PUT DOWN y our self-doubt. 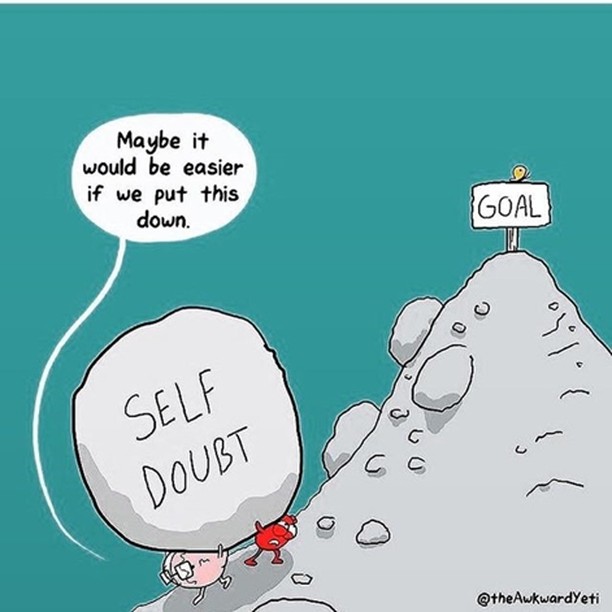